Roads vs. greenspace in Bozeman

People recently walk dogs along a trail where an extension of Fowler Avenue is planned. Credit: Frank Eltman / MTFP

BOZEMAN — A project that’s been on the drawing board of city planners for more than three decades is yet again mustering west side neighbors for a fight against city hall. The debate encompasses many of the familiar battle cries heard in Bozeman about concerns for protecting the environment and a peaceful way of life versus the need to improve transportation to accommodate the ever-growing influx of residents into neighborhoods that were once farmland.

It’s called the Fowler Avenue extension project, which calls for the city to pave over two large sections of greenspace to complete a staggered roadway stretching about two miles from Huffine Lane north to Oak Street.

City officials contend they have engaged in a robust conversation with residents about the parameters of the project, although they concede that those who want to keep the status quo and not build anything new are not going to be happy.

The discussion, City Manager Jeff Mihelich said at a recent City Commission meeting, is “not about whether or not to build the corridor, yes or no, that decision was made a number of years ago.”

The input the city is inviting from the public is about what exactly the road will look like, whether it will have three or five lanes, and what type of paths will accompany the project on either side of the car lanes.

The project is currently in what is known as the pre-design phase. Environmental review and traffic analysis has commenced, and feedback from the community has led officials to proceed with a plan for one traffic lane each way north and south, with turning lanes at certain intersections.

“We feel like the solutions we’ve come up with will lead our consultants to design very much in a way that respects the needs, interests of those folks adjacent to the corridor while also serving the overall goal of reducing demand on adjacent streets,” said Nick Ross, director of transportation and engineering for the city.

Early estimates are that the project could cost as much as $17 million, although Ross said design changes could alter that figure, possibly lower, although it is too early to know exactly.

The timetable is for the design work to proceed through next year with the first contracts for construction to be signed in 2024 and actual work in 2025-26. Because construction seasons in Bozeman are fleetingly short, it could be longer before the project is actually completed, Ross said.

Despite Ross’s assurances to “do everything we can to save as many trees and maintain the environment,” many neighbors who will literally see the roadway come past their backyards are not buying it. They fear property values will drop, noise will increase and they will be subject to increased air pollution from more traffic.

“Just because it was in the plan, do we have to go through with it?” asked Charley Gappmeyer, a retired Bozeman police officer whose home is on Sweetgrass Avenue, which borders Fowler.

“I feel like this is really being pushed forward, and I don’t know why. Because the people in this area are not interested in having it,” Dickerson said.

“What I’d like to see is them go back to the drawing board and let’s start over with some more public input.”

Jessica Gildea, a self-described leader of the opposition, said she did a survey of neighbors on the Nextdoor social media site and found 61% of 192 respondents opposed the project.

“Let’s maintain a semblance of what it’s like to escape from the urban sprawl,” Gildea said. “Here you have a safe place to walk with your children. I can’t imagine having a home facing this road and having that traffic. I can’t imagine that.”

A small stream, or a ditch as some describe it, also runs along a trail through an undeveloped section of the project destined for blacktop. The Sacajawea Audubon Society has yet to take a formal stance on the project, but is monitoring developments closely, said Chris Nixon, the group’s president.

“In general, SAS encourages the preservation of habitat important to birds and other wildlife and supports eliminating and reducing impacts to wetlands and riparian areas,” Nixon said in a statement. “We need to preserve and retain our water-related resources within this local drainage system.”

Deputy Mayor Terry Cunningham said the completion of the Fowler project is part of larger ambitions to extend the road all the way through Montana State University property to Hyalite Canyon and north to Interstate 90.

“We really believe this should be no surprise or no secret that the city has a desire to extend Fowler and have it be an arterial street,” Cunningham said. “It’s been on the books for decades.”

He said the city recognizes “this does have an impact to the folks in the area,” which is why there is an ongoing effort to engage the community as the project is developed.

“The transportation network is like the body’s circulatory system,” he said. “Arteries, veins and capillaries are all meant to do their part. When an obstruction or blockage occurs, the whole system gets upset. We need to have a transportation plan that moves people efficiently through town.”

On a recent summer morning, Sarah Phillips was walking her two dogs with a friend along the walking trail north of Babcock Street on what could become part of the new Fowler Avenue. She said she visits the area with the dogs or just by herself nearly every day because she lives in a condo development and the trail provides her nearby respite.

“It’s such a lovely refuge within all of the development around because it’s got huge big trees, it’s got the creek that comes out of the Bozeman Pond area and it’s filled with, you know, I’ve seen deer in here. I’ve seen loads of birds. This is a blessing to have so close to where I live.”

She seemed resigned to the city’s plans.

“I know this plan has been in place since the ’90s. I know that,” she said. “But I would hope that they would try to maintain a really nice walking path, maintain the habitat along the creek there.

“I would just say whatever they can do to preserve as much of the green space as possible.”

In-depth, independent reporting on the stories impacting your community from reporters who call it home.

The Convention of States Political Fund was already found in violation of Montana campaign finance law this year. Now it faces new allegations about dark money ties, even as it fights the state’s top political enforcer in federal court.

Elk management in the crosshairs

When Henry “Hank” Worsech took the helm of FWP, Gov. Greg Gianforte tasked him with finding a new approach to balancing landowner concerns with hunter opportunity. In the aftermath of Worsech’s attempt to shake up the status quo, the department has been thrust into a lawsuit while hunters organize themselves in anticipation of the 2023…

‘The Human Psyche Was Not Built for This’

Last spring, a year after COVID-19 had first ripped through the United States, Republican lawmakers in Montana doubled down. They passed the nation’s most extreme anti-vaccination law. Not even nurses in a cancer ward could be required to get the shots. Less than three months later, the delta wave slammed into Big Sky Country.

SUPPORT A FREE AND INDEPENDENT PRESS

Unflinching journalism is critical to our democracy. When you donate to Montana Free Press, you are helping build a newsroom that serves the people of Montana, not advertisers or special interests. 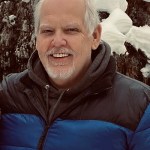 Frank Eltman is a former Associated Press reporter and editor who retired in 2020 after a 31-year career. He was the AP’s Long Island correspondent from 2006 to 2018, where he was honored with induction into the Long Island Press Club Journalism Hall of Fame. He most recently was an editor at the AP’s West Regional Desk in Phoenix, where he worked on stories in 13 western states including Montana. He and his wife moved to Bozeman in 2021 to live closer to their daughter and future son-in-law. More by Frank Eltman